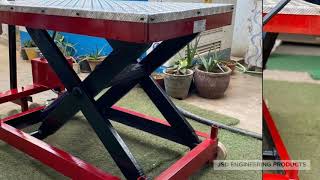 Some power packs are large, stationary units and others are more portable. They have a hydraulic reservoir, which houses the fluid, regulators that allow users to control the amount of pressure the power pack delivers to a valve, pressure supply lines and relief lines, a pump and a motor to power the pump.A hydraulic power network is a system of interconnected pipes carrying pressurized liquid used to transmit mechanical power from a power source, like a pump, to hydraulic equipment like lifts or motors. The system is analogous to an electrical grid transmitting power from a generating station to end-users.

Hydraulic Power Unit Design and Operation. A hydraulic system employs enclosed fluid to transfer energy from one source to another, and subsequently create rotary motion, linear motion, or force. Hydraulic power units apply the pressure that drives motors, cylinders, and other complementary parts of a hydraulic system.

A power pack or power pack is a part of a modular power train that contains some type of engine (most frequently an internal combustion engine but other types, including electric motors, are possible) and may also contain a transmission and various supporting components.